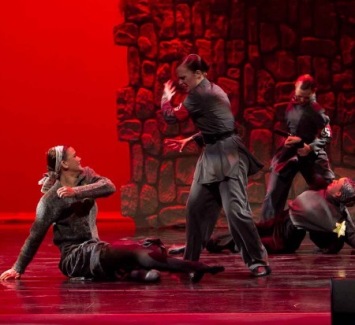 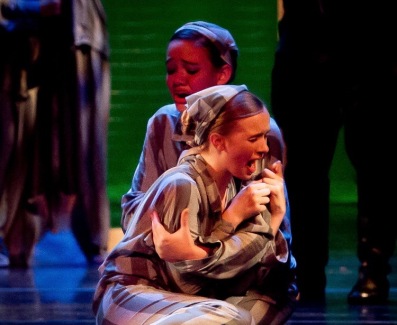 This year I was so nervous about the girls dance recital. Not for them. But for the audience. I kept hearing all these rumblings about the show. It’s too intense. Some even removed their daughters from certain dances. Why? I kept wondering. Why be so risky? But this is nothing new. The owner of the studio, Treasha Detweiler, always pushes the envelope. A few years ago it was “The Offering,” a dramatic telling of the holocaust. The story went something like this. There was a family hiding Jews. And one day the non-jewish fiance picked up the wrong coat on his way out the door, it was the one with the gold star on it wrongfully identifying him as a jew. When the guards saw that Jewish star, they put him behind bars. Eventually they lined him up with the other prisoners and prepared to execute him. Arms extended, he never said a word. He gave his life willingly so his friend could live. Then the spotlight went to another scene, as a woman tells the story of another Man, who with arms extended, willfully gave His life on a cross, so that we might live. 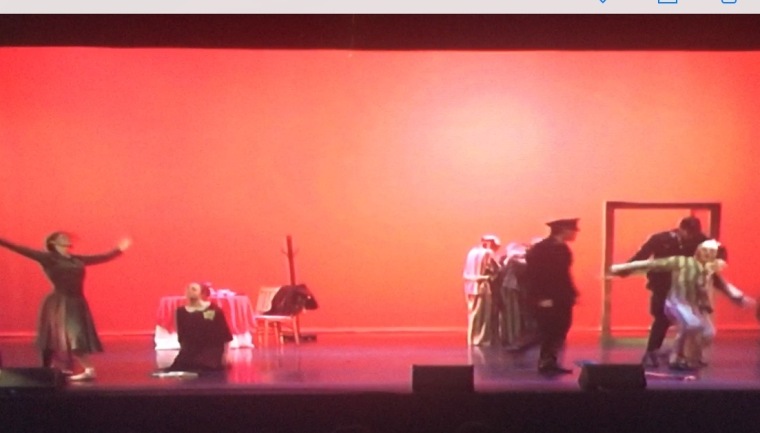 I will never forget that show. The picture of love and sacrifice mixed with flawless technique and breathtaking choreography. Treasha invited an honored guest. A holocaust survivor. He wept and proclaimed that this was the best holocaust dramatization he had ever seen. Then there was the show titled “The Undivided Heart.” A community divided by racism. One child killed in a car accident. His heart was then donated, unknowingly, across racial boundaries to another family. Joined now by blood. That last scene, a mother listening to her sons heart beat in another’s chest. I can’t even type this without crying. After the recital, a local mom shared the story of her own son, his life too short, but extended by a heart transplant himself. Then there was the ballet show about abuse and abortion. Who does these topics? What ever happened to the Nutcracker?

That brings us to this year. The topic was end time prophecy as told from the book of Revelations written by one of the dance teachers, Jennifer Dolan. A nice, light, topic… free from controversy….Or maybe not.
But Treasha knew something that not all Christians know. In the Bible it says this:

Revelations 1:3 Blessed is the one who reads aloud the words of this prophecy, and blessed are those who hear it and take to heart what is written in it, because the time is near.

And let me tell you after seeing this production I know without a doubt that not only did the audience take the words of Revelations to heart, but those dancers did too!

Before I saw the production, I wondered if the “Antichrist” dance was really necessary since there was so much talk of how “intense” it was.  But after seeing it, I understood the need for it to be in there. It was my favorite one. Intense? Yes. Chilling. But necessary. It is a dance that I have watched over and over. I need to understand the truth portrayed in that scene. We wrestle not against flesh and blood, but against powers and principalities. And I knew that their teachers were covering them in prayer daily. These same teachers had also prayed over each dance before one move was made.

My girls have been dancing with Many but one for about 7 years. We have sacrificed time and money. And for what? Is this a good use of our time and resources? There are many ways to instill values and beliefs in our children. Was this the right way? Those are weighty questions that we as parents will always wrestle with, often without definite answers. But this I know for sure. At this studio my girls have flourished and bloomed. They have also struggled and cried. They have continued to learn and grow in their knowledge of dance, life, and most importantly God. And our family has too. When we go to the productions, seeing our girls dance is a bonus. The stories are the main event. They stay with you. They pierce your heart. They leave a mark on your soul. And my girls have been able to be dance those stories. Yes, it can be difficult when they are young and have one small roll. And it can be frustrating when they are older and might still have a small roll. But the effect of being a part of the Many But One dance studio has been profound and eternal.

I am forever thankful for the risks they have taken, the stories they have told, and the lessons they have taught. Every member of my family has been blessed and challenged by the investments made at this little Christian performing arts studio. Is it perfect? No. Because there are humans there. But there is so much love, grace, and purpose that I feel incredibly grateful to have been a small part all these years.

I would encourage you to click on this link,(Anti-Christ dance  )and take a look at this dance. Whatever you believe about Revelations, you can’t argue with the truth expressed here. We wrestle not against flesh and blood but against principalities, powers, and rulers of this darkness. Let me know what you think in the comments. All crude and rude comments will be deleted. Keep it civil. 🙂 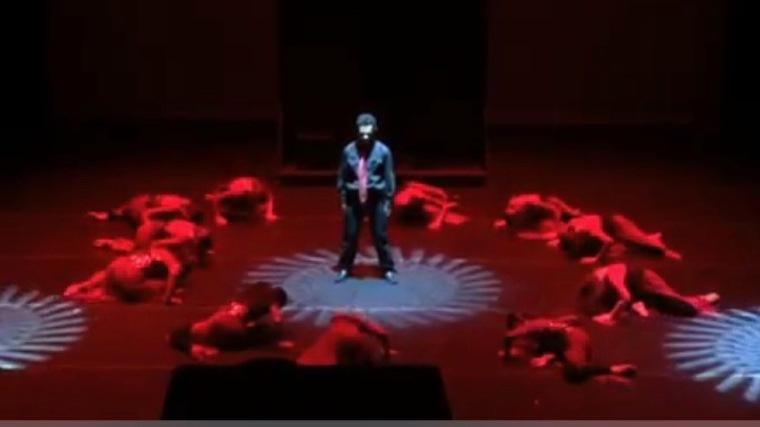