So a woman tried to make an appointment for some prenatal care, should be easy right? I have taken screen shots of their answers. Check out these telling answers.

Right. I know. I know. Asking for prenatal care at an abortion clinic sounds ridiculous. But Cecile promised! (You have to watch the video-link below- to hear the tone of this worker! Like the caller is an idiot for asking!)

Then where can one go? I mean,they keep telling us if we don’t fund Planned Parenthood, where would people go for prenatal care????

Got it. Right around the corner there is a legit clinic for prenatal care. But not at Planned “PARENTHOOD” right? I mean the name has the word Parent in it! 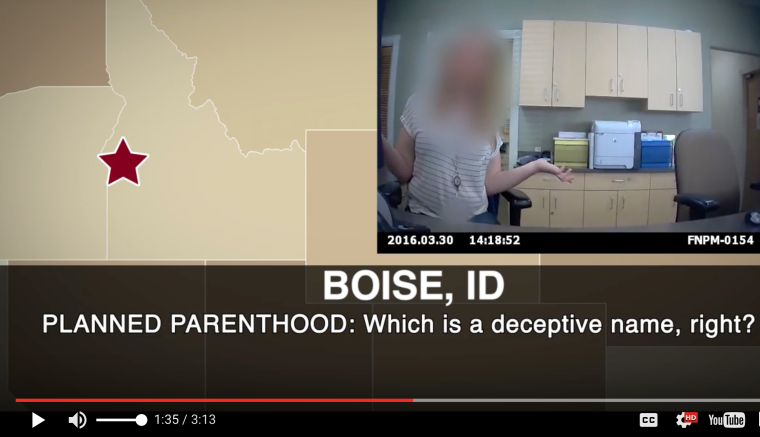 This girl gets it! Well, at least they offer mammograms! Oh, wait…Nevermind!

And share!! People need to know this. I mean, at the very least Cecile Richards should know. And yes, there are a TINY percentage of clinics that offer “prenatal care” but as John Zmirak put it so eloquently, do you really want to go to a vet that owns a butcher shop? No thank you! So let’s give that government funding to clinics that actually help women instead of butchering them.

Over the last several years God has been stirring in my heart questions about race that I have never thought about before. But before I write about those exact questions, I need to share about three basic levels of learning I have studied with our Classical Conversations homeschooling group which have impacted my life in such a profound way.

There are three basic levels of learning that involve the arts of grammar, dialectic, and rhetoric.
The grammar stage is when you learn the basic information, the vocabulary, and the facts. I know when you hear the word grammar you think of English Grammar, but the actual word grammar refers to the basic elements of learning anything. For instance, reading scripture and memorizing verses are grammar skills. It is simply the acquiring of information.

The dialectic stage is digging deeper, asking questions, researching, and debating.
When you hear the word dialectic, it sounds like dialogue. This is the stage where you start wrestling through those Bible verses in a small group by discussing topics, and debating doctrine.  A crucial skill in this level is asking questions. You should be debating these issues using logic and reason. You are working through tough topics. In our homeschool program we begin this level in the middle school ages when they naturally start asking more questions and no longer simply accept information from you. They want to know why. They want to know how come. They want to argue with you. So we give them tools to debate issues. The problem is that very few of us were given those tools. As a society, we are largely unable to have a conversation with somebody that we disagree with. There are certain topics that are off limits. Don’t talk about politics or religion, because it will get heated. But the problem is, when you don’t talk about difficult topics you will never really learn about them. If you only look at one side of an issue, you will remain at that lower level of learning, and often times, the information you learn will not even take root in your heart. I believe this to be the problem with a lot of teens that go off to college. They have never experienced the dialectic level of learning the Bible. They are simply told “This is the way it is. The end.” If students are not given the tools to debate truth, if they are not given the space to question, they will never reach that second level of learning. And when you stay in that grammar level, you are very easily swayed.

The rhetoric stage is the application of language in order to instruct and to persuade the listener and the reader. It is the knowledge (grammar) now understood (dialectic) being transmitted outwards, as wisdom (rhetoric).

Now when I say rhetoric, you very likely think of political rhetoric. But rhetoric is the art of persuasion. Think about Bible study community groups. The grammar stage is reading a passage or listening to a teaching. The dialectic stage is researching and discussing different ideas or interpretations. And rhetoric is when you go out and make disciples. You take what you have wrestled through and express it to somebody else. We see that in the Bible Jesus taught his disciples in the grammar and the dialectic level. He would have discussions with them and ask them questions, giving them space to think about things deeply. He would debate Pharisees in front of them and even debate the disciples themselves. Then His final words were, “Go make disciples,” which is the final rhetorical stage of persuasion.

For most of my life when it came to the subject of racial unity, I was in the grammar level. I have learned lots of statistics. I have heard one sided arguments and one sided opinions. But I never really questioned, I never debated or discussed these issues with anyone other then people that agreed with me. However, a couple years ago that changed when I saw a documentary on Netflix about the prison system in which the documentarians asked a question I am embarrassed to say I never really thought enough about. If you know anything about the prison system, you probably know that the population in prison is not at all like the population outside of prison. Outside of prison the population is 13% African-Americans. Inside of prison it is about 40%. Those numbers may not be exact, but suffice it to say, the ratios are very out of proportion.

I’m confessing today that when I heard those statistics in the past, my reaction was cold and unfeeling. When someone proposed the question,

“Why are the numbers so disproportionate?” my answer was always the same.
“If you do the crime you do the time. It’s that simple don’t do crimes, and you won’t go to jail.”
But this documentary asked the question again.
Why?
Why is this one group of our population committing more crimes, if that is even the case. Truthfully, I had thought about that before too, and my answer was one of which you might have thought.
“They commit these crimes because of the breakdown of the families, poor education, low incomes, etc.”
But then the question was posed again.
Why?
Why is this one area of our population under educated with broken families? And it made me stop and think. What is inherently different?
The documentarians offered reasons that were hard to digest. One answer was this:

Maybe going from slavery to equality was harder than we, as a nation, anticipated.

Then, as God would have it, a friend of mine, who happens to be black, started a dialogue about race with my me and my husband. This was my first experience in the dialectic level of learning about race. Dimitri allowed us to ask stupid questions without taking offense. He offered grace whether I said, “Black” or “African-American.” He gave us access to his life experiences and let us hear how it affected him. He told us of the time he walked hand and hand down the street with his wife,who happens to be white, only to hear profane racial slurs yelled at both of them. This was not hundreds of years ago. This was not decades ago. This was today. Then he asked if we had ever heard the stereotype that black people can’t swim. I had. In fact, I have recently learned that black children are 3 times more likely to drown. He asked me if I knew why. I admitted I had never thought about it. He told me that his dad was a kid in the 50’s.  A black man his dads age in America wasn’t allowed in the public pools. So that dad would never learn to swim. That’s right. When recreational swimming became the thing to do and everyone else was learning how to swim, we had a whole portion of the population who weren’t allowed to participate, which meant generations after generation couldn’t learn to swim from their parents like I did. This is not 300 years ago. This is not somebody that is long gone. This is somebody that is walking around today that has vivid memories. Not only do they have the emotional pain of such systematic rejection, but they also have the physical consequences of not being able to teach your child a summertime rite of passage. I never thought about that. We certainly didn’t agree on everything, but the conversation was considerate and the tone friendly.

This journey of questions started a couple years ago. But over the last year these issues have been regularly thrust into the headlines. And we as the body of Christ have a choice to make. We have the option of admitting we have a lot to learn on either side of this issue. Or we can keep ignoring the pain and dissension in hopes that it will go away.

If we really want to learn, we have to leave this grammar stage consisting of facts, statistics, and long held opinions and move to the dialectic stage of questions and conversation with open dialogue and listening. And really listen. With empathy. Not assuming that you know someone else’s experience. And once you have spent a lot of time discussing and analyzing and debating, then fine, try to persuade someone to see your point. But the worst thing you can do is to skip the dialectic stage. This is the modus operandi of the day. Take a fact and tweet it or post it on Facebook without that middle stage of debating and discussing with logic and reason all while researching and addressing any logical fallacies. Listening and asking good questions was illustrated so beautifully by Jesus all throughout the gospels. He spent so much of His ministry in that all important dialectic stage.
There is a quote from Bonhoeffer that beautifully illustrates the importance of listening.

Just as our love for God begins with listening to God’s Word, the beginning of love for others is learning to listen to them.

Because of our conversation with Dimitri, I decided to go on a mission of sorts, diving into the dialectic stage by having as many conversations with as many different people as I could. It was awkward and uncomfortable at times, and I had to bite my tongue more than once. Naturally, I was fearful of the response I would get. With some of friends I was pleasantly surprised, and with others I was sadly disappointed. I had many conversations with people of every background and nationality and hope to have more still. I suggest for you to do the same! In the next couple of days I will be posting some of what I discovered in my conversations. It is my hope that we, the church, can lead the way in showing the world how to come together in love and unity, no matter what your race or background, not sweeping feelings under the rug, but by having tough and empathetic conversations with people different then ourselves. We must remember the prayer of Christ in John 17 realizing that our unity actually proclaims His Deity.

“I do not pray for these alone, but also for those who will believe in Me through their word; that they all may be one, as You, Father, are in Me, and I in You; that they also may be one in Us, that the world may believe that You sent Me.”

*I welcome discussion in the comment section as long as it is nice. Hateful comments will be happily removed. It’s my prerogative. 😉

Part two: Conversations about Racial Unity in the Church.