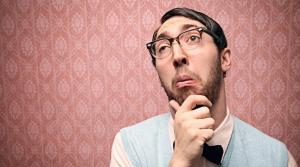 Just for fun, I thought I would share some of my favorite   , Global Climate Disruption predictions by some of the best and brightest! To be fair, I don’t blame them for being so inconveniently wrong. I’m pretty sure God is just messing with them!
Let’s jump right in with this gem from the very first Earth day in 1970.

1) “Population will inevitably and completely outstrip whatever small increases in food supplies we make. The death rate will increase until at least 100-200 million people per year will be starving to death during the next ten years.” Paul Elrich, famous Population freak out guy.

Moving on, let’s jump from the 70’s to the 80’s. Who doesn’t like the 80’s?
In 1988 James Hansen, head of NASA’s Goddard Institute for three dec­ades and one of the best “climatologists” in the world, gave us this doozy:

2) BY 2008  “The West Side Highway [which runs along the Hudson River] will be under water. And there will be tape across the windows across the street because of high winds. And the same birds won’t be there. The trees in the median strip will change…. There will be more police cars … [since] you know what happens to crime when the heat goes up.”

Having just visited NYC recently I would like to assure you that the West Side is not underwater. And the windows are tape free! Hooray!

3) Princeton professor and lead UN IPCC author Michael Oppenheimer,“chief scientist” for the Environmental Defense Fund proclaimed that by 1995 the “greenhouse effect” would be “desolating the heartlands of North America and Eurasia with horrific drought, causing crop failures and food riots.” By 1996, he added, the Platte River of Nebraska “would be dry, while a continent-wide black blizzard of prairie topsoil will stop traffic on interstates, strip paint from houses and shut down computers.”

His ending prediction is my favorite.

“Mexican police will round up illegal American migrants surging into Mexico seeking work as field hands.” 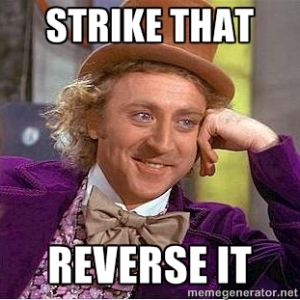 Of course he never owned up to his ridiculous predictions. In fact, he gave this hilariously false explanation:

“On the whole I would stand by these predictions — not predictions, sorry, scenarios — as having at least in a general way actually come true.”
For sure…..except opposite.

Now, lest I am accused of being outdated, I will jump to more current predictions.

4) In March 2000 “senior research scientist” David Viner, working at the time for the Climatic Research Unit (CRU) at the University of East Anglia, told the U.K. Independent that within “a few years,” snowfall would become “a very rare and exciting event” in Britain.

“Children just aren’t going to know what snow is,”

he was quoted as claiming in the article, headlined “Snowfalls are now just a thing of the past.”

So obviously the very next year, snowfall across the United Kingdom increased by more than 50 percent. Because God is so funny, right?

5) In 2001, the IPCC (Intergovernmental Panel on Climate Change) predicted that the planet would see “warmer winters and fewer cold spells, because of climate change.

See Boston? It’s totally fine!! I’m sure this winter will be the one when the snow doesn’t reach your roof tops.

And of course, who can talk about failed climate change predictions without mentioning the “Goracle.”

6) In 2008, Al Gore claimed this:“the entire North Polarized [sic] cap will disappear in five years.” “Five years, is the period of time during which it is now expected to disappear.”

Then in 2009, at a summit in Copenhagen, he said there was a “75% chance” they would be gone in 5-7 years.
So what actually happened?
The Arctic ice volume as of summer of 2013 had actually expanded more than 50 percent over 2012 levels.

In fact, during October 2013, sea-ice levels grew at the fastest pace since records began in 1979. Many experts now predict the ongoing expansion of Arctic ice to continue in the years to come.

Ok, I could go on and on and on. But let’s draw to a close here.

On December 12, 2007, the British government-funded BBC ran this now-embarrassing article

In this piece, (which is still online!!!!)  the BBC highlighted “modeling studies” that “indicate northern polar waters could be ice-free in summers within just 5-6 years.” Because their “experts” and “super computers” that they always use said so!

#opposite
In fact the sea-ice area in the south is now at the highest point since records began.

How many times do they get to be embarrassingly wrong before its considered socially acceptable to… maybe… have a few doubts about their predictions??
The bottom line is this: As Christians we are supposed to be good stewards of the earth. That was God’s idea. The reality is, however, that the green agenda has very little to do with actually doing just that. The good news is that there is so much real information and truth out there to be found.

For real solutions instead of a political agenda, check out:

6 thoughts on “7 Embarrasingly Failed Predictions of the Global Warming Movement.”