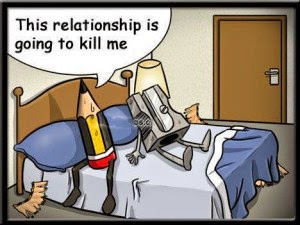 So the craziest thing happened this week. I was being critical of my husband.
I wish I could say that was the unusual part, but sadly it was not. I’ll get to the crazy part in a minute.
But first, confession time.
More often than not, my problem solving, black and white, over analyzing brain comes in handy. However, on the “not” side I struggle with being critical. The strange thing is I am more critical of my own self than I am of anyone else. God is freeing me, little by little.
Being critical is obviously wrong. Except when it’s not so obvious. For instance, often times we may have good motives. Take my beloved, late, great-aunt. Truly, her motives were good. She legitimately wanted to help. But her methods could appear critical. Here’s an example. Just today my mom and I were remembering how I finally got braces. My teeth weren’t awful. They were mostly straight, but I had this one tooth that did not quite fit. One tooth. Of course that was enough for which the boys to tease me.
Sabe. Short for sabor, as in the tiger, with the teeth.
Nice nickname huh? I like to believe the teasing I received during those years taught me grace and compassion. But as a middle-schooler, it just really stunk. Anyway, my sweet, well intentioned aunt would ask me weekly if that tooth had settled in. After the 36th time, during my senior year, I finally smiled and said, “I think this is as good as it gets. But if you would like to sponsor some braces, I will gladly make an appointment.”
“Make the appointment.”she declared without hesitation. “ I’ll take care of it.” And that was it. I got braces.
Was she critical? Yes, but her motives were true, and she was willing to help.
So I guess I come by it honestly. Critiquing. It’s human nature. Monday morning quarter backs. Blogs criticizing any and everything. Editorials. It’s what we do. But it can kill any marriage, any relationship, or any church, and on the grand scale, make this bride of Christ look less than bridely.
And I was doing it.
Again.
“Lord,” I thought. “I don’t want to do this anymore.”
Knowing my strength comes from God’s word,  I decided  to grab my Bible.
What are the chances that in I Samuel 31, my next chapter, God would have a lesson for me? I remembered reading about being an armor bearer  earlier this year and wondered, would that concept be revisited.
A little discouraged, but mostly determined, I picked up my Bible and read. Tears in my eyes, and an overwhelming feeling of being loved in my heart, I could not believe what I was reading. How, over and over, does this keep happening? God’s word. My daily bread. Just what I need.
This is what I read. This is the crazy part.
The Philistines fought against Israel, and Israel’s men fled from them. Many were killed on Mount Gilboa. 2 The Philistines overtook Saul and his sons and killed his sons, Jonathan, Abinadab, and Malchishua. 3 When the battle intensified against Saul, the archers caught up with him and severely wounded him.[a] 4 Then Saul said to his ARMOUR_BEARER. “Draw your sword and run me through with it, or these uncircumcised men will come and run me through and torture me.” But his armor-bearer WOULD NOT DO IT ….
Saul had an armor-bearer. He was trained to do whatever Saul commanded. And in his moment of utter despair Saul asked his armor-bearer to take his life. But he couldn’t. In this moment,when it came to choosing between following orders, or preserving his master’s life, Saul’s armor-bearer chose the latter.
He would not and could not take part in destroying the man to whom he had committed to serve.
Even if it made sense. Even if his motives would have been right.
And this is the power of God’s Word. I started writing this a week ago and have been meditating on it ever since. If you only knew the number of times it has come to mind, how many times God reminded me of what I had read, and how many times these words stopped me in my tracks, well, it would be embarrassing.
But the point is not my weak nature, the point is the power of His Word to change.
It’s easy to say, “Don’t be critical.” But there is no power in my words. Thankfully, however, you don’t have to depend on my words. You have better than that. You have God’s word. And it does not return void.
The next time you are tempted to be critical of anyone, yourself included, take it to God first. What is the point of your criticism? To make yourself feel better? Going to God will solve that! Is it to “help” a person or situation? Going to God will solve that too!! Of course there is a time and a place to step into someones life and lovingly address an area that in so doing would bring them closer to God. But that never looks like harsh or angry criticism.
I want to be a true armor-bearer.
For my husband, my children, my friends and family. I pray that we would go to our knees when our reaction is critical. I pray that we would take our concerns, our burdens, our plans to Him first. And that we would go to God’s word which is active and living and sharper than any two edged sword. Always. And watch the light of the Lord dispel the darkness of sin every time.

2 thoughts on “A Critical Critique of Criticism- I Samuel 31”