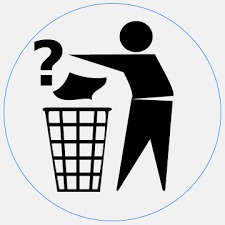 Today’s reading is short, because, man, this chapter is full and I don’t want to rush through it.

15 Samuel also said to Saul, “The Lord sent me to anoint you king over His people, over Israel. Now therefore, heed the voice of the words of the Lord. 2 Thus says the Lord of hosts: ‘I will punish Amalek for what he did to Israel, how he ambushed him on the way when he came up from Egypt. 3 Now go and attack Amalek, and utterly destroy all that they have, and do not spare them. But kill both man and woman, infant and nursing child, ox and sheep, camel and donkey.’”

4 So Saul gathered the people together and numbered them in Telaim, two hundred thousand foot soldiers and ten thousand men of Judah. 5 And Saul came to a city of Amalek, and lay in wait in the valley.
6 Then Saul said to the Kenites, “Go, depart, get down from among the Amalekites, lest I destroy you with them. For you showed kindness to all the children of Israel when they came up out of Egypt.” So the Kenites departed from among the Amalekites. 7 And Saul attacked the Amalekites, from Havilah all the way to Shur, which is east of Egypt. 8 He also took Agag king of the Amalekites alive, and utterly destroyed all the people with the edge of the sword. 9 But Saul and the people spared Agag and the best of the sheep, the oxen, the fatlings, the lambs, and all that was good, and were unwilling to utterly destroy them. But everything despised and worthless, that they utterly destroyed.

Samuel gave Saul direct instructions. Complete and specific. Saul was there at his own coronation, when Samuel demonstrated the power of God in a life threatening storm. He was there when Samuel caught him in sin almost immediately. And he should know that God takes obedience very seriously. But who should know that fact even more than Saul? We Christians. We should know how seriously God takes obedience. Why? Because He literally died to see His perfect plan play out in our lives. But don’t we do are best to thwart it!?? So many things get in the way of us seeing God’s beautiful plan for our lives. Normally, however, it comes down to our flesh, wanting its own way, seeking its own pleasure, thinking it knows better.
You see, God had a plan for His people. But there was something in the way. The Amalekites. They had their first encounter when they fled Egypt. The Amalekites picked off the weak, the elderly, the young, the feeble that were at the back of the pack of the mass exodus. Attacking in this fashion was their M.O. The Israelites had been their target continuously since then. But their time was up. I say again, God had a plan for his people. The Messiah was going to come through them, and keeping them from extinction consisted of stringent requirements. And this divine directive in particular was not up for debate. But Saul, he got distracted.

The Amalekites in the Bible are a type of the flesh.  And just like Saul was to utterly destroy them and their livestock. Everything. We are to utterly destroy our flesh. Even the bits we find entertaining. Even the parts we justify as not that bad. Because God knows that its those parts of our flesh that we let hang around, its those that will destroy us.

There are obvious sins, like sexual sins, slander, lies, stealing, cheating, etc. It is crucial with sexual sins especially to utterly destroy. I have heard of men that struggle with pornography, but refuse to limit their internet access with filters and accountability guards. That is a risk that will likely end badly.  But there are also the less obvious sins. Undercover sins like pride. Pride has so many faces, and shows itself in so many ways. It is one of the most insidious and destructive sins because it can hide so easily, and grow so quickly.


Your heart will become proud and you will forget the LORD your God. Deuteronomy 8:14
In the moment to moment, I pray that my first reaction would be God. That in the day to day, I would not forget my utter dependence and complete need for the Lord. Anything else is pride.

Love is patient, love is kind. It does not envy, it does not boast, it is not proud. 1 Corinthians 13:4
If we are not being loving, 9 times out of 10, the root is pride. Check yourself……before you wreck yourself…….lol

Before his downfall a man’s heart is proud, but humility comes before honor. Proverbs 18:12

The first part of destroying pride in our lives is identifying it, and understanding how dangerous it is. I pray that God would bring to light those Amalekites in our lives, from the obvious to the hidden and that we would take drastic measures to utterly destroy them and see His glory revealed!

*seriously, when the title is this catchy, just know its Julie. If it’s mildly funny or lame? It’s me. lol!