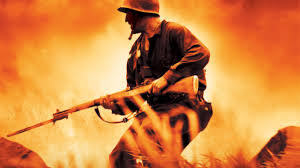 And the Spirit of God came upon Saul when he heard those tidings, and his anger was kindled greatly. (1 Samuel 11:6 KJV)

Saul heard news that part of the people he was now responsible for, were being threatened in a horrific and unthinkable way! So they had reached out to Saul for help. And just so we know that his anger was righteous and justified, the Bible tells us, “the spirit of God came upon him.”

Now Saul had to send a message and rally the troops. We might find his method a bit strange, but they didn’t have texting, or twitter, or face book. And even if he did, would it have mattered? We have all those things, yet it is really difficult to rally modern day Christians into action. We are disturbed by our brothers and sisters being attacked, even killed as unborn babies, or Christians fighting for their lives in Muslim countries, but actually “do” something? All of us? In one accord? That doesn’t seem to be happening. So Saul sends a message, saying join us or this will happen to your oxen. And isn’t that still the message today? Janet Parshall, Jay Seculo, they aren’t sending out sliced up tenderloin, but that same warning is sent over the airwaves, join us, or you will be next. Churches, craft store owners, photographers, cake makers, all being forced to go against their religious beliefs, or go out of business.  Here is an excerpt of a sermon from a pastor, Martin Niemoller, in Nazi Germany who initially agreed with Hitler, in hopes of getting rid of the communists, but then he ended up in concentration camps himself for fighting against what became the holocaust.

8 Saul counted them at Bezek. There were 300,000<sup class="footnote" value="[c]”>[c] Israelites and 30,000<sup class="footnote" value="[d]”>[d] men from Judah.
11 The next day Saul organized the troops into three divisions. During the morning watch, they invaded the Ammonite camp and slaughtered them until the heat of the day. There were survivors, but they were so scattered that no two of them were left together.

In these last days, God is calling us to do hard things. He has always called his people to do hard, and often scary things, sometimes in small ways, and sometimes big. And it is the little steps of obedience that give us strength and increase our faith for the big. And sometimes we just take a huge leap. Believe it or not, this blog was a very scary thing for me. I just imagine someone reading every line, googling it, and then coming back with some dissertation dissecting and mocking everything I say. Or yelling at me in all caps for something I say. I don’t like confrontation!  But I did it. And I knew I had to. Not because somehow my words were needed in the big wide world, but because I needed what God was going to do in me through my scared obedience. In seven days, 300,000 Israelites  plus stood united in obedience. I pray that we would all seek the Lord and be ready and willing to stand together. This life is but a vapor. And if we really believe in an eternal eternity, do our actions reflect that? If you have never seen this demonstration by Francis Chan, and even if you have, it is so powerful, and important to keep on our minds. I pray that just like in the days of Saul, the Spirit of God would come upon His people and that our righteous anger would be fuel for action.